London is a city that has it all. Rich culture, fantastic shopping, an international vibe and wonderful restaurants that serve meals from anywhere in the world. All good reasons to cross the Canal again after a long time. Below are some ideas on how to spend a weekend in London.

There are a number of options to travel to London from Belgium.

London has 6 airports , so check carefully when booking where you want to land. 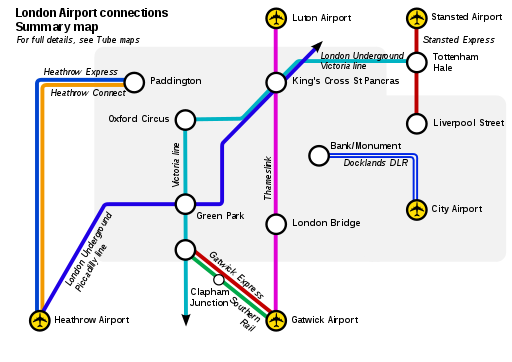 Where to stay in London?

When I was looking for a nice hotel for my weekend in London , I came across picturesof the brand-new Novotel London Canary Wharf.  It is located in the middle of the iconic business district, so not an obvious choice for a London citytrip. The photos looked very appealing however, and especially the view from the restaurant on the 39th floor got me hooked. And there is an underground station a few minutes away, so you’re in the city centre in no-time. London is so spread out that there’s no hotel ideally located to visit everything anyway.

Novotel Canary Wharf is a beautifully designed hotel. The style they went for is very industrial and it has been decorated with an eye for detail. The rooms are spacious and so are the bathrooms which are equipped with all mod-cons. And everything is brand-spanking new. There is plenty of wardrobe space and the view (even from the 24th floor) is simply fantastic.

The restaurant (for breakfast/lunch/dinner) on the 39th floor is beautifully decorated and you can enjoy the breath-taking view from every table. You immediately spot the Tower Bridge and the London Eye, and you can clearly see how the Thames meanders through the city. Really fascinating to see.

The breakfast is typically English, with eggs, sausages, bacon and baked beans. But there’s also yogurt, tasty sandwich fillers, a lot of fresh fruit and delicious coffee. Even the specially requested soy-milk latte was served quickly.

.In principle, you can get anywhere using the Underground and a taxi ride in a real English taxi-cab is also a cool thing to do. However, when we were there, taxis and some underground lines were on strike. Thank God for Uber. We installed the app and got into our first Uber 2 minutes later.

There is a lot of controversy around Uber, but the concept works really well. Open the app, put in where you are and where you are going, and you will immediately get the following info:

Your credit card is linked to the app, so there are no issues with payment.

Some drivers keep to themselves, some like to have a chat, and others go all out. We had a driver that gave us some water, told us about the outside temperature and the “cabin” temperature. If we wanted the “cabin” warmer or cooler, just to let him know. Fantastic! On the downside, we also had one that drove the wrong way twice and who couldn’t find the airport. But, all in all, we’re Uber fans.

If this is your first time to visit this metropolis, your weekend in London should include this one day itinerary to cover the highlights:

Or follow this London itinerary if you have a week to spend.

In case it isn't your first visit, there are also a lot of off the beaten path things to do in London.

The easiest way is to get the hop-on hop-off bus. It will take you past all the highlights in one day, so you have more time to discover London the next day. If you want to visit a lot of these highlights, your best bet is to buy the London Pass. This will give you discount on a lot of admission fees, and you can often join the “fast track entry” so you don’t have to wait as long.

The best thing to do is to discover London district-by-district.

Soho is one of the liveliest districts of London. It is located roughly between Oxford Street, Regent Street, Piccadilly Circus and Leicester Square.

A lot of French and Italian immigrants used to live here. At one point they tried to turn Soho into a elite upper-class estate, like other districts, but it never worked out. The area saw a sharp decline, but has made a great comeback and these days it is a very trendy spot to live. There is a wonderful atmosphere as it is an area where many artists and painters live, and there is a large red-light district. There is always something to do, except on Sundays – when nearly everything is closed.

Going out in Soho

You also have to be in Soho for a night out. Old Compton Street is the place to be. This used to be the centre of the gay scene, but this has moved to Shoreditch and Vauxhall.

Music lovers can rejoice in Soho. There are many record shops in Berwick Street, where you can find both vintage albums and the latest releases.

Oxford Street and Regent Street are the busiest shopping streets in London. The shops here are always open (with the exception of the 25th December). You will find the popular department store Selfridges here, and the upper-class Liberty department store is located on one of the side streets. Just the building itself is worth a visit. They sell exclusive brands here that you won’t just find anywhere else.

Regent Street has many flagship stores, and the oldest toy store in the world, Hamleys. If you have kids, be aware that there are actors at the door there trying to persuade them (and you!) to come in.

Carnabystreet is a fun shopping street where there is still a touch of the groovy ‘60s in the air. No high street chains here, but trendy boutiques and one-of-a-kind shops. A very special place to visit.

.You will find the entrance to China Town on Leicester Square. London’s Chinese quarter was first located around Limehouse but because of the high rate of criminality and a blossoming opium trade, many Chinese left and ended up near Gerrard Street. An interesting area to have a wander. If you are a fan of Chinese cuisine, there is a lot on offer here for a small budget. Don’t choose a restaurant that is full of tourists, but pick the one where the Chinese themselves are enjoying a meal.

While we wandered through Soho, we suddenly found ourselves in Covent Garden. Covent Garden Market is a somewhat artificially created part where you can find all sorts of luxurious brands. Historically, it was a market hall where fruits and vegetables were sold. Now there are cosy terraces, fun swings for colourful Instagram photos and beautiful shops. The London Transport Museum is also located here. The perfect place to escape the hustle for a while. When you walk around in the museum, it is hard to believe you’re in the middle of London. And while you’re in the area, have a bite to eat at Jamie Oliver's Italian.

Knightsbridge is one of the most exclusive districts of London. When in London, you just have to pass by here every time, if only to dart into Harrods on the Brompton Road. I always feel like a child in a candy shop. Fantastic! And even better, they were already set up for Christmas, which made Harrods into a fairy tale completely.

If you’re looking for Jimmy Choo shoes, a Chanel handbag or a dress by a top designer? There is no doubt you can find it in this district.

On the corner of Knightsbridge and Sloan Street lies the flagship store of the luxury department store Harvey Nichols. There are other branches, not only in the UK, but also in Hong Kong, Dubai, …

The famous Hyde Park is also in this area. You can go cycling, jogging, swimming, horse riding,… Another perfect way to escape the hustle and bustle. And if you’re here anyway, be sure to wander past Speakers’ Corner. In history, prisoners were allowed to make their last speech here before being hanged. Now you can take your place on your soapbox every Sunday morning, and let the crowd know what you think.

Somerset House was built around 1800 and is located on a road called “Strand”. The name comes from an old English word meaning “coast or riverbank”. And as the name suggests, it follows the Thames around.

If you are looking for a luxury hotel with view on the Thames, check out the Shangri-La.

Somerset House hosts all kinds of exhibitions, and in the winter, from mid-November through to mid-January, there is an ice-skating rink here. So if you are celebrating Christmas in London, this is a great place to visit.

You have a wonderful view of the Thames from the terrace.

If your weekend in London is actually a three-day affair, it is worth adding Bicester Village to your itinerary . You take the train from Marylebone, and you’re in Bicester in 46 minutes. You walk to Bicester Village in 2 minutes. You can also take the Shopping Express, a bus that will pick you up from a number of luxury hotels in London, and drops you at the door of the outlet.

Bicester Village is an actual village with numerous designer shops. From Armani to Zadig & Voltaire , they’re all here.

There are a few nice places to eat. We had a wonderful Asian meal at Itsu, and finished our busy shopping day with a brownie at Farmshop Restaurant & Café.

Of course, there is a lot more to see in London, but it is impossible to do it all in one go. A good reason to go back some day.  Here 's another great 4 day itinerary. What should I put on my weekend in London itinerary  next time? Share it in the comments below.